Showing posts with the label Nicole Westbrook
Show all 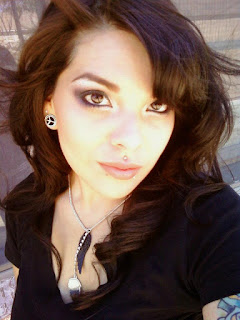 On April 22, 2012, Nicole Westbrook was walking to her new apartment after a night out when she was shot.  Who Was Nicole Westbrook? At the time of her murder, 21 year old Nicole had just moved to Seattle, Washington . A member of the Navajo Nation, she had grown up in Albuquerque, New Mexico. She had moved with her boyfriend, Bryant Griffin, to Seattle to pursue her dream of becoming a pastry chef.  Her family was no stranger to heartbreak. Her father, Sargent Marshall Westbrook was killed by a roadside bomb in Iraq in 2005. Just 4 years later, her uncle was killed in Afghanistan while serving in the military.  A Night Out On the night of April 22, the couple decided to go out to celebrate Bryant's first check after their move. They ended the night by going to a comedy club. Around 2am, they walked to their apartment at the Quintessa. Despite "Private Property" and "No Loitering" signs all around the front of the building, there was a group of around 20 people
Post a Comment
Read more
More posts