Showing posts with the label Beth Ann Bodenschatz
Show all 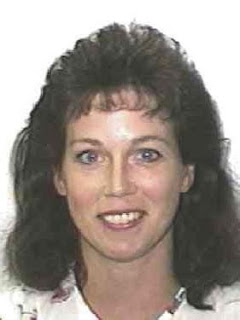 In the rural town of Croyle Township, Pennsylvania, a call for emergency services is placed shortly after three children return home from school. The Bodenschatz children arrived home around 2:30 pm on January 12, 1996 to a devastating sight. Their mother, Beth Ann Bodenschatz, had been murdered.  Beth Ann was a registered nurse at nearby Lee Hospital. She led a quiet life with her husband and children in that small town. A small town that was shocked to it's core the day she was murdered and still echoes some of the same sentiment to this day.  The fourth Bodenschatz child, a five year old son, was home during the murder. He reported to police that he heard his mother arguing with the man and that he saw that the man had gun. His mother started yelling at the man who had brown hair and a brown jacket.  Once on the scene, police believe that the intruder may have been a home invader. Neighbors reported seeing a vehicle that may have been similar to a Suburu car parked at the end
2 comments
Read more
More posts