The Murder of Karen Marchioni

Just after 11 am on October 8, 2001, a frantic 911 call came in from 41 year old Karen Marchioni saying she had been attacked in her apartment. She was later discovered in her Framingham, Massachusetts apartment and airlifted to the hospital where she succumbed to her injuries. 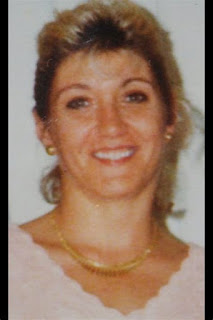 Karen was a mother who had been struggling with alcohol and substance abuse. Her daughter Julie was from her first marriage. That marriage ended in 1990. At the time of her murder, she was going through a divorce from her second husband.

Just a few days prior to her murder, Karen stopped by the home of her first husband who lived close by with their daughter. She stated that she was afraid to go home but didn't elaborate as to why. Neighbors also reported that around the time of her murder that they saw strangers in her yard. 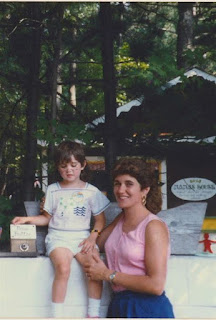 Her second husband was in jail at the time of her murder. He had been convicted on assault and battery charges against Karen in October 2000. That same month is when she married Steven Henderson but they split just a month later. Police had been called to their home several times by Karen. Despite his conviction, he was eventually charged with violating the restraining order that Karen had against him. He was sentenced to time in jail and that is when she began divorce proceedings. Despite this history, Henderson was in jail the night she was murdered.

In 2005, after being arrested for trying to kill his girlfriend, police named Aaron Sutton as a suspect. They never said why he was a suspect or if he has been cleared, Sutton has a lengthy criminal history which includes drug charges, burglary, assault and battery, and shoplifting. 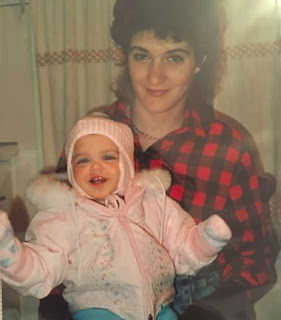 If you have any information regarding the murder of Karen Marchioni, please call the Framingham Police Department at 781-897-6600.

CBS Boston
MassLive
WCVB5
The Murder in My Family 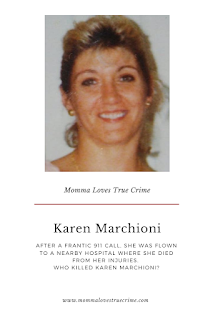