The Murder of Susan Sayles

On May 23, 1979 Susan Sayles spoke with her mother. Just an hour later, she was murdered in her home.

But on that May day, after she didn't show up for work, a friend and coworker went to her home to check on her. That is when her body was discovered. Susan had been sexually assaulted and strangled. 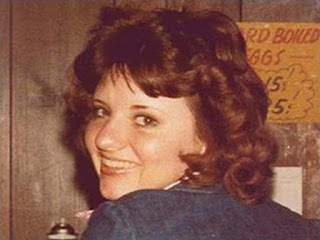 Over 100 pieces of evidence was collected from the scene. This was also one of the first cases that a psychological profile was developed. The case went cold but has been reopened a few times in the hopes that advances in testing would solve the case. Suzanne bit her attacker. There was hope that DNA would be recovered from her clothing.

The Sayles family believes that Susan knew her killer as she was a very cautious person. In addition, her apartment had security.

If you have any information regarding the murder of Susan Sayles, please contact the Minnesota Bureau of Criminal Apprehension at 877-996-6222. 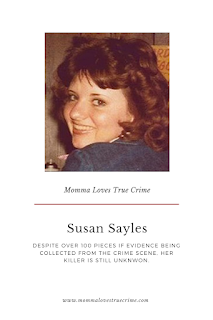