The Disappeaance of Jie Zhao Li

On February 11, 1988, 12 year old Jie Zhao Li was going door to door selling tickets for a class fundraiser. She would never return home. 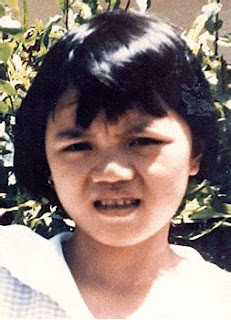 Jie was given a watch by her mother before she started to go door to door in her neighborhood in Honolulu, Hawaii. She told her mother that she would be back by 6 pm and then left the family's apartment on Nuuanu Avenue. The Li family had only moved to Hawaii just three years prior from China.

The last sighting of Jie was just a few blocks from her home at a 7-11. She was approaching people going into or out of the store. She was seen talking to man around this time. Witnesses said that he was a white male around six feet tall with dark blonde hair. He was said to be between 30-35 years old. A sketch was done of this man and he was considered a suspect. 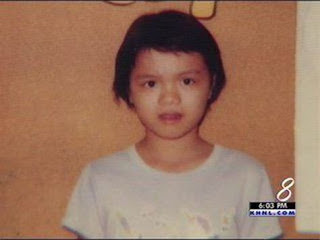 It was also said that she may have gotten into a 1950's sedan but efforts to locate the car came to a dead end. Witnesses said that this man had dark skin and a ponytail when he was seen at the gas station. A man matching this description was also seen on Sunset Beach with a child in the back of the car. Police believe that child was Jie.

Jie Zhao Li's mother, Yan Ruan has never given up hope that he daughter will be found. She has never changed her telephone number all these years. 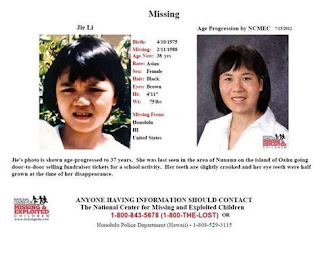 If you have any information regarding the disappearance of Jie Zhao Li, please call the Honolulu Police Department at 808-529-3115. 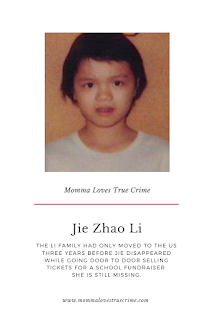