The night of November 21, 1997 was much like many other nights for Jodie Lynn Bordeaux and her husband, Shawn, until they heard noises outside their home. 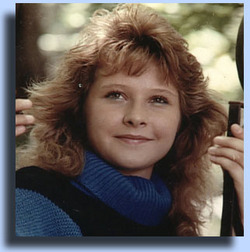 Jodie and Shawn lived in a farmhouse on the Kickapoo reservation. After hearing these noises, they got up from watching tv to investigate. Jodie had stepped outside her home and that is when she was shot. As Shawn was calling 911, he was desperately attempting CPR on his wife knowing that she was gone in an effort to possibly save their baby. The shot that killed Jodie also killed their unborn baby she was carrying.

Jodie was a part of the management team at the Golden Eagle Casino on the Kickapoo Reservation in Powhattan, Kansas. While it seems that she enjoyed her job, she was having issues with an employee. This employee was terminated but he filed a grievance against Jodie. As a result of this, Jodie was also let go from her job at the time, although she was petitioning the Kickapoo Tribal Council to get her job back.

Around the time of all the issues in her workplace, Jodie started to get anonymous calls at home that were disturbing in nature. Shawn feels that these calls and her murder are connected to the her employment at the casino and the issues surrounding her departure. 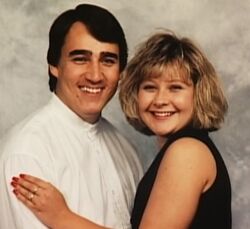 Authorities believe that more than one person was involved in the murder of Jodie Lynn Bordeaux. In fact they have 3 unnamed persons of interest but not enough evidence. Someone in the community knows something but the distrust between the native communities and federal authorities runs deep. However, there is still hope that someone with information will come forward with what they know.

If you have any information regarding the murder of Jodie Lynn Bordeaux, please contact the Brown County Sheriff's Department at 785-742-7125 or the Kansas Bureau of Investigation at 800-572-7463. 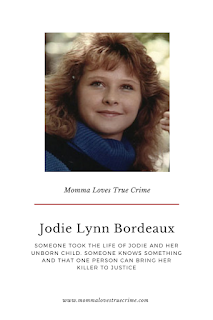