The Murder of Jeanette "Charlie" Atwater

On January 16, 2000 the body of Jeanelle "Charlie" Atwater was discovered in the trunk of a car that had been on fire around 3:30 that morning. 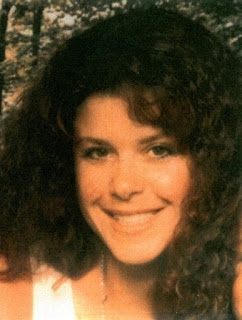 The discovery of her remains came after firefighters put out the car that was on fire in the Metro Park area of Billings, Montana. The 1987 Cutlass was registered to Jeanette but how did the mother of three come to be in the trunk and who started the fire.

The night that her body was discovered, Jeanette "Charlie" Atwater had been at a local bar on Main Street with some coworkers. Prior to that, the group had been at a local bowling alley for a work party. Last call was around 2 a.m. and that was the last time that she was seen. No one saw Charlie leave. By 2:15 a.m. the parking lot of the bar was empty.

There was a gas station where an interesting person came in around 3 a.m. There was an unidentified white male who came in and bought one dollar of gas and took some matches from the counter. Police did in fact find a gas can and matches near the crime scene. 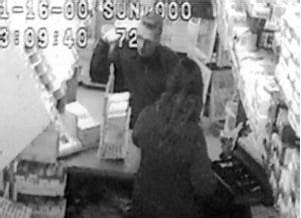 If you have any information regarding the murder of Jeanette "Charlie" Atwater call the Yellowstone County Sheriff's Office Cold Case Unit at 406-254-7988. 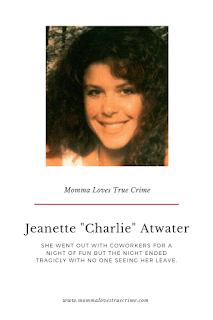