On September 14, 1965, 22 year old Judith Carole Himes was last seen in Coral Gables, Florida. At this time, being pregnant and not being married was a huge no-no. And this is the situation that she found herself in. Even as a divorcee, this would have been so frowned upon in the 1960s especially since she came from a wealthy family. It would have been brought shame and scandal to all of them. 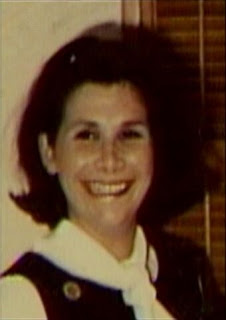 Judy was a medical technician who lived with her parents. The morning of September 14th was the same as most mornings. She left for work after breakfast but instead of going to work, she withdrew $300 from her bank account, rented a car and headed to a location that only a few new about. She did call a friend and say that she was leaving work early. During this time before Roe v Wade, abortions were illegal yet she made an appointment in an illegal clinic for one. She was heading to this clinic that was ran by a Hungarian immigrant, George Hadju.

Three weeks later, her rental car was found in Atlanta, Georgia which is nearly 650 miles away from where she was last seen. The car had been there for 2-3 days with a local stating that he saw a man in his 30s abandoned the car after grabbing a duffel bag from the trunk of the rental. Upon examination of the car, straces blood was found on the back seat. During the time between when she went missing and the car being found, Judy's mother found a receipt from where Judy went and got a pregnancy test. On the receipt from the medical laboratory there was also instructions to send the results to Dr Lucien Gordon.

Dr Gordon was a local dentist that Judy was dating and whom she had spent time with the night before she went missing. The couple were introduced by Dr Herschel Gordon who worked at Mt Sinai.

Three months later, George Hadju was arrested. Police believe that he knew much more about Judy but he wasn't talking. He was charged with impersonating a doctor and then disappeared himself. Hadju jumped bail.

Lucien was an initial suspect in her disappearance given the details surrounding their scandalous situation. This man pled the fifth so many times. Eventually, he testified against Hadju. Police also looked into Dr Herschel Gordon as the family believed that Judy may have reached out to him once she got the pregnancy test results. Much like Lucien, he pled the fifth and then quickly moved across the country to California. While police did not consider him a suspect, he is considered a material witness. The third suspect is George Hadju who ran the illegal abortion clinic. He was not licensed to practice medicine in the United States but someone managed to practice in Alabama before moving on to Florida.

Twenty-five years later, Judy's disappearance was covered on Unsolved Mysteries. This lead to new tips in the cold case. A few days after it aired, a radio DJ reached out to Captain Chuck Sherer of the Coral Gables police stating that he got a call about Judith Himes case. A few days after that, Sherer got a call stating that Judy was alive and living in Omaha, Nebraska. The calls didn't end there... after a local paper covered the case, another call came in to Captain Sherer. This caller stated that he was an FBI informant  although he refused to give his name. He said that had spent time in Budapest with George Hadju. Then, a letter arrived. This letter claimed that Judy had died from complications from the abortion. After she had died, she was dumped in Biscayne Bay in Miami. 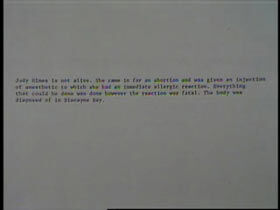 Her family had a hard time believing that Judy would not have sought help if she had complications after her illegal abortion. However, given the times, she more than likely would have went back to the people that performed it in the first place to avoid a scandal. No matter what, police, family and friends hope these new leads would bring them the truth about what happened to Judy.

If you have any information in the case of Judith Himes, please call Coral Gable Police at 305-442-1600.