In 1997, Arizona University student, Fiona Yu, was sexually assaulted and murdered. Over 20 years later and such little information is out there about this unsolved case.

Fiona was a 21 year old student who was studying accounting and was in her senior year. She was renting an apartment in Tempe, Arizona with her roommate. Around 4:30 pm on August 7, 1997, a neighbor saw Fiona riding on her bicycle around the neighborhood. That was the last time she was seen alive.

Approximately 90 minutes later, her roommate returned home to discover Fiona on the second floor clinging to life. She had been strangled and later died from her injuries. Police were able to collect DNA from the scene. 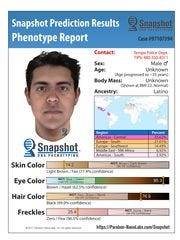 20 years later and that DNA was able to rule out a few suspects but ultimately no solid leads have ever developed. That is when police, who had never given up on the case, turned to a newly developed DNA technology. Parabon NanoLabs was able to use the DNA evidence with Snapshot DNA Phenotyping. This provides the lab with enough information to predict a person's face. From their eye color, hair color, skin color as well as sex and ancestry. The lab is then able to utilize this information to form a composite sketch. However, the sketch is not going to be 100% accurate as it is estimated from the information the phenotyping provides. The sketch below is what came from the Parabon NanoLabs. It is also similar to a description provided after a sexual assault that occurred within a few days of Fiona's murder and was also in the general area that she lived. 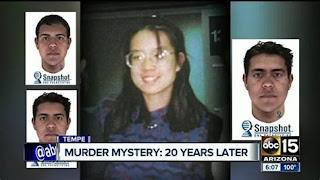 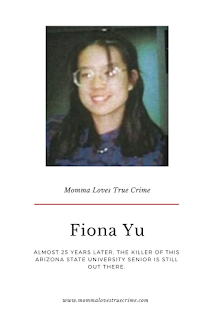