The Disappearance of Marlena Childress

On the afternoon of April 16, 1987, 4-year-old Marlene Childress disappeared from her front yard. She has never been seen again.

Around 4:15 pm, Marlena's mother, Pam, called local police to report her daughter missing. Little Marlene was last seen that morning playing in their yard by someone other than her mother. Pam states that she last saw her daughter around 3 pm. Police immediately began searching for the little girl. They searched her neighborhood as well as the city in which she lived. All of Union City, Tennessee was on the lookout for her.

Pam checked herself into the hospital for exhaustion. She was there for several days. Then, two months after Marlena disappeared (and only nine days after she left the hospital), Pam told Police that she was dead. Pam stated that she accidentally killed her daughter. Then, she put her body in the Obion River. Police searched the river for five days but nothing related to Marlena was found.
Pam claimed that her confession was coerced. That investigator  Stan Cavness told her that if she didn't confess she would be facing the electric chair. She claimed that the medication she was on after being in the hospital changed her moods.
Investigator Cavness maintained that the confession was true stating that Pamela expressed lots of remorse. He said she was also able to vividly describe the events that day when she lost her temper and killed Marlena then panicked. She revealed that there would be evidence at the river and that she was not alone. She claimed that P.L. Summers assisted her in disposing of the body. However, her story changed after he claimed he was not there and knew nothing about the disappearance. Pam claimed that he was a family member who molested her as a child and he kidnapped Marlena. However, Mr. Summer's was ruled out as a suspect since he had an alibi. Her story still kept changing. She also claimed that she sold Marlena.
In the end, she was charged with Marlena's murder but those charges were eventually dropped. 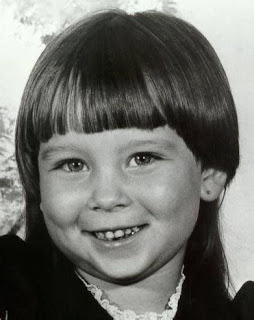 There were multiple sightings of Marlena over the years. However, none of them have led to her. The most notable of these occurred in a hair salon just six days after she disappeared.
Gail Reich was a hairdresser at Jean's Hair Salon. She states that two women, one in her 20's and one in her 60's, entered the salon with a boy and girl. While cutting the girl's hair, the girls kept saying she wanted her mommy and was crying to go home. This also drew the attention of Gail's coworker, Janice, as neither woman was offering comfort to the crying girl. Eventually, the older of the two women told the girl to "be a good girl Marlena and we'll take you to the movies".
Later that morning while on break, Gail came across a newspaper with the missing girl's photo on it. She knew that this was the girl that was just in her chair. She immediately contacted the police to report the sighting. After reporting this, both Gail and Janice received threatening phone calls.
There were also sightings in 1989 and 1990. There was never any hard evidence to prove that either sighting was Marlena Childress. 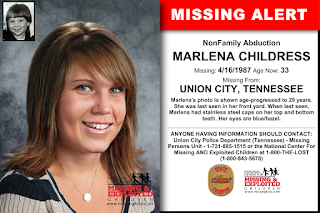 Wade Strickland was Marlena's grandpa. After her disappearance, he started his own investigation and believed that the hairdressers did indeed see his granddaughter.
He believes that a local waitress in Union City was involved in the abduction. She mysteriously left town the day after Marlena disappeared and returned several days later. She also had a young son.
So, what does he do? He invited the hairdressers down to the restaurant where the waitress worked. He also showed them a photo of her son. Both women identified them as the younger woman and boy in the salon with Marlena that day. He then presented this information to the police. They investigated the waitress and eventually state that they do not believe she was involved. The waitress denied being at the salon and was said to have passed a polygraph test. 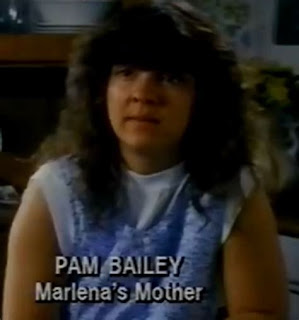 After the disappearance of her four-year-old daughter, Pam moved to Kentucky once the charges against her were dropped. Yet, this wasn't the last time she would make headlines involving one of her children. In 2002, Pam was arrested and pled no contest to assaulting her son. The boy was only 12 years old when his mother stabbed him after blindfolding him and taking him to a cemetery. Her son, thankfully,  survived and this incident led to Marlena's case being reopened.
It is widely believed that Pam had to have a hand in Marlena's disappearance but without evidence, there isn't much that can be done.
If you have any information regarding the disappearance of Marlena Childress, please contact the Obion County Sheriff's Department at 731-885-5832. 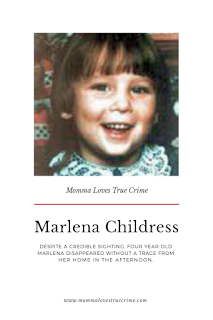