Showing posts from October, 2020
Show all

The Murder of Tracey Kirkpatrick 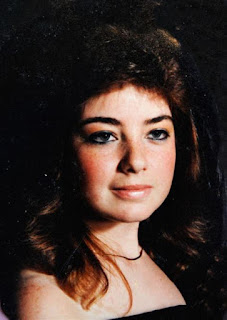 On March 15, 1989, high school senior, Tracy Kirkpatrick was closing the store for her part time job at aileen's Ladie's Sportswear in Frederick, Maryland. That night would change her family forever.  Tracy Kirkpatrick was an intelligent young woman who was a hard worker. At the time, she was working two part time jobs to save money for college. She was trying to ease the burden on her parents as much as she could. Tracey's siblings adored her. Her youngest sister remembers how she would play loud music in the car while driving around.  aileen's  Tracey was closing the store alone the night she was murdered. She was last seen alive around 8:45 pm and the store closed at 9 pm.  The security guard for the shopping center, Don Barnes Jr, noticed that the lights were still on at almost 11 pm. Barnes was an off duty Frederick County Sheriff's Deputy who took a second job as a security guard. He entered the store calling out for anyone but did not get an answer. He precee
Post a Comment
Read more

The Disappearance of Marlena Childress

On the afternoon of April 16, 1987, 4-year-old Marlene Childress disappeared from her front yard. She has never been seen again.  Gone Around 4:15 pm, Marlena's mother, Pam, called local police to report her daughter missing. Little Marlene was last seen that morning playing in their yard by someone other than her mother. Pam states that she last saw her daughter around 3 pm. Police immediately began searching for the little girl. They searched her neighborhood as well as the city in which she lived. All of Union City, Tennessee was on the lookout for her.  The Confession Pam checked herself into the hospital for exhaustion. She was there for several days. Then, two months after Marlena disappeared (and only nine days after she left the hospital), Pam told Police that she was dead. Pam stated that she accidentally killed her daughter. Then, she put her body in the Obion River. Police searched the river for five days but nothing related to Marlena was found.  Pam claimed that her co
Post a Comment
Read more 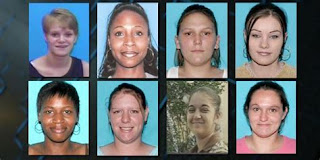 From 2005-2009 in Jefferson Davis Parish, Louisiana, eight women are discovered murdered. All of the women seem to be connected to one another with their connections to sex work and drugs. However, this story has so many unknowns and possible corruption. Are the cops covering up for the murder (or murders) or is the serial killer still at large? The Jefferson Davis 8 The eight women have become known  as either the Jefferson Davis 8 or the Jennings 8. I want to introduce you to each of these women before we discuss the local law enforcement and their prime suspect.  Loretta Chaisson The first victim of the Jefferson Davis 8 is 28 year old Loretta Chaisson. She was a mother of two who had struggled with addiction for a while. Despite her personal demons, she was always there for her children. The last time Loretta's brother saw her, she was getting into a car with Frankie Richard. Her friend also reported that the night she disappeared she walked to a local bar with her. While walki
Post a Comment
Read more

The Murder of Matthew Margolies 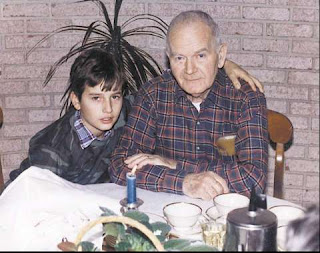 In 1984, after the recent death of his grandfather, 13 year old Matthew Margolies was trying to make the most of his remaining summer vacation. No one would have known that day as he headed off to fish would be the last time that he would be seen by his family.  Matthew had spent many days along the river fishing with his grandfather in Greenwich, Connecticut. However, after his grandfather passed away, he still spent a lot of time with his grandmother including the night before he went missing. He woke up that morning on August 31, 1984 like so many others, and had gotten his fishing poles and gear together to go fish along the river.  Around 5:30 that evening, a few witnesses recalled seeing him but this was the last time the teen was seen alive. His mother became very concerned when he didn't return home when he said he would. Matthew was a responsible kid, kind kid. This was not like him at all. He always asked for permission and was a latchkey kid within the first generation o
Post a Comment
Read more
More posts