The Disappearance of Samantha Sperry

- September 08, 2020
After a fight with her boyfriend, Samantha Sperry goes missing from Graves County, Kentucky. However, the story as to what happened that day just doesn't seem to add up. 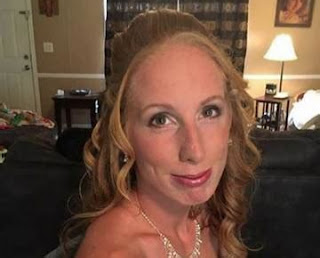 Samantha Sperry was a 25 year old mother of two who was separated from their father. On March 28, 2018, she had gone with her boyfriend, Rhen Hendrickson, to visit his father, Dusty Holder, at his home. Hendrickson states that the couple had an argument and he left to go back to Murray, Kentucky where Samantha lived.
After Hendrickson was gone, Holder told police that he and Samantha decided to take a 4 wheeler ride. Holder claims that the 4 wheeler got stuck in the mud close to dark. Instead of trying to walk back to his home or to find a road for help, they stayed in the woods all night. They used the 4 wheeler for warmth until it ran out of gas. They finally walked out of the woods that morning. However, instead of going the same direction, Holder went on way and Sperry the opposite way. This is the last time that she was reported to have been seen.
Samantha's family had been trying to reach her but state there her phone was not turned on. When Rhen saw that Samantha had not returned home, he started looking for her as well. 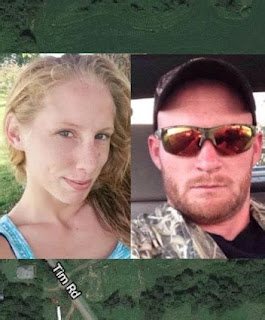 Later that day, Rhen made a call to his mother stating that he was intending in some way to harm or possibly kill himself. This was after he spoke with his father, Dusty Holder, regarding Samantha being missing. What was said to make him go into distress... or is this just all part of a cover story?
Either way, authorities were notified of the situation but, due to prior encounters with a violent Rhen armed with a loaded weapon, they waited until daylight to begin looking for him. Police also announced at this time that they were looking for both Rhen and Samantha. Her family reported her missing after she had not show up for her night shift at work. That same night, Samantha's car was found abandoned south of Symsonia, Kentucky. Her brother, Tyler, was a volunteer firefighter and alerted the family that it was his missing sister's car that was found. This raised the warning flag even more.
During the search for Rhen and Samantha, Police found the 4 wheeler that she was supposed to have been on with Holder. Her car keys were near by as well but nothing to point them to either missing person. Rhen reappeared on April 1st at his father's home. He was taken to a local hospital and treated for hypothermia and dehydration. However, it appeared that he made it to his father's home of his own accord. 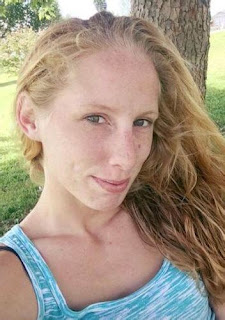 Both Rhen Hendrickson and Dusty Holder have been interviewed by police multiple times and have passed polygraph tests. However, police feel that there is more to this story but have not been able to find solid evidence of what happened to Samantha that night in March.
The family and authorites have completed multiple searches, including ones with K9's but no trace of Samantha has been found. Search warrants were executed on her home and Holder's home but, again, nothing to suggest what happened. Although there was blood found somewhere in Samantha's home, police have never said where or if DNA testing was completed on the sample. 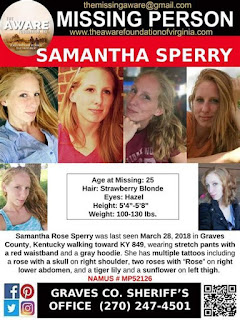 If you have information regarding the disappearance of Samantha Sperry, please call the Graves County Sheriff's Office at 270-247-4501. 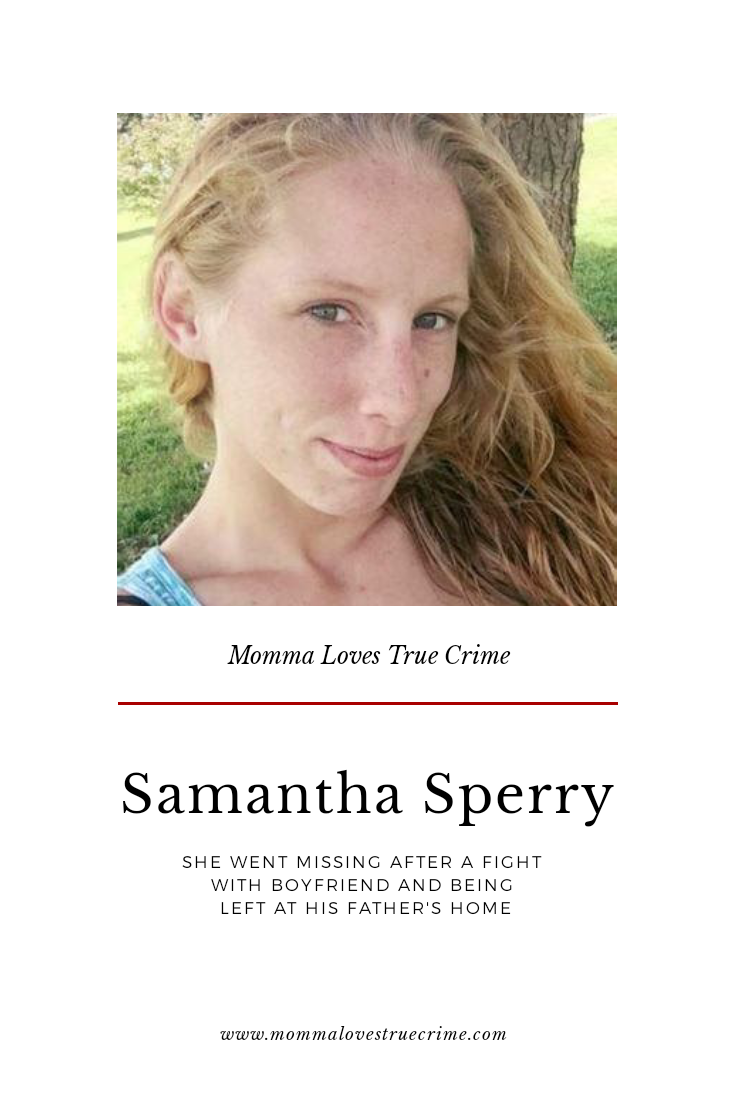