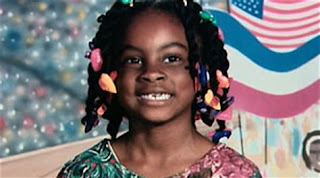 The night of February 13th, was a normal night until the power went out from a car wreck nearby their home. Iquilla, Asha's mother, woke up before six that morning to give Asha and her brother, O'Bryant, a bath. Normally this would have occurred the night before but the power outage changed plans. When she went to wake the children, she saw that Asha was not in her bed. She frantically searched the house and the family car but could not find Asha. Iquilla woke her husband, Harold, who suggested that she may have went to her grandmother's house across the street. Asha was not there. That is when panic full set in for her parents.
Police arrived at the degree home by 6:30am with K-9's in tow. The dogs were not able to pick up on her scent. By 7am, the whole neighborhood had been awakened by the calls for Asha. Many of them cancelled their plans for the day to search for the girl. Media was also contacted right away.
Due to the media coverage, reports of Asha being seen along Highway 18 away from her home that morning around 4am were reported that same afternoon. When the driver circled around a second time to confirm that it was a child out at that later hour, Asha reportedly ducked into some nearby woods. This is the last confirmed sighting of the girl.
The next day, close to where she was seen entering the woods, some candy wrappers and a Mickey Mouse bow confirmed to have been Asha's were found.
On February 16th, Aquilla noticed that Asha's backpack and her favorite clothes were missing from her room. Did the fourth grader truly decide to run away? Authorities believed this was an unlikely scenario but would not rule anything out. In the week after her disappearance, countless man hours had gone into the search but there was no solid leads. 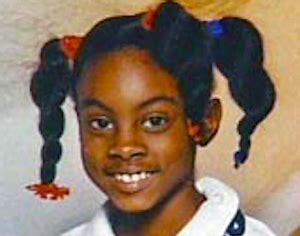 In August 2001, her backpack was located approximately 30 miles north of her last known sighting at a construction site. What is strange are the contents of the backpack, which authorities do not believe to be Asha's, a New Kids on the Block t-shirt, a copy of the book McElligot's Pool by Dr Suess checked out from her school library (pictured below). The book was confirmed to have been checked out in 2000 but I have not found anything that specifically says she checked out the book. 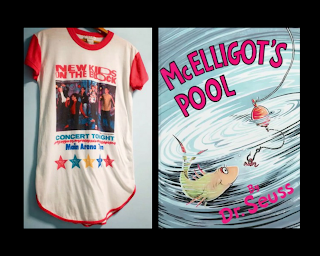 Then, in 2015, a re-investigation into her disappearance led to another tip. It was reported that Asha was possibly seen getting into a 1970's green car. They believed the car to either be a Ford Thunderbird or a Lincoln Mark IV with rust on the wheels. 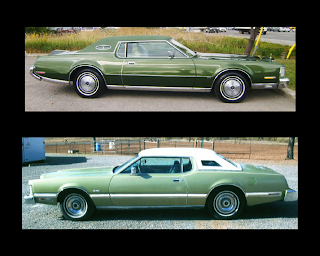 In the 20 years since her disappearance, Harold and Iquilla have not given up hope in finding their daughter. Iquilla has stated over the years that she doesn't feel that Asha's case has gotten the same media attention as other missing children's cases due to the fact that she is Black. This is unfortunately, a common occurrence although from my research there is a lot more information on Asha than other missing Black children, although we are 20 years out from the date of her disappearance. It is also though to be unlikely that she was lured away from an unknown person via the internet as the Degree family did not own a computer. Asha was shy and cautious according to her parents. 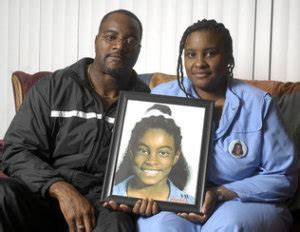 The police are also working the case like it is the day after she disappeared according to Jeanine Merritt, an FBI Intelligence analyst who's been on the case since 2014. Currently, there is a $25,000 reward from the FBI in addition to the $20,000 reward set aside from officials in Cleveland County.
Below is an age progression photo released in 2020 of Asha Degree. 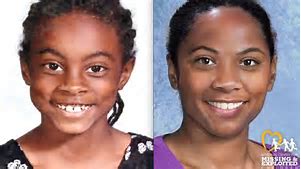 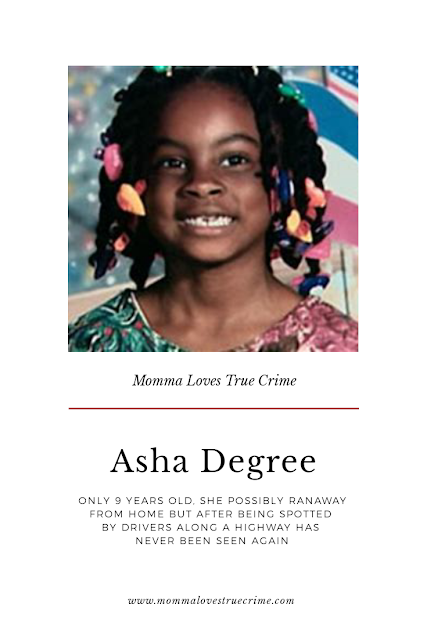