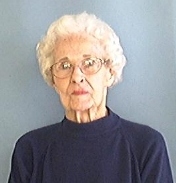 The night if February 17th, Thelma Mooney heard someone knocking at her front. This startled her so much that she called her son. Her son, Dan, who walked over with his teenage daughter, Lindsey. The pair came inside and notes that Thelma was visibly nervous. However, when everything was checked out and seemed to be fine. What was unusual, as they excited the home, Thelma locked the door right away. She had always waited until her family was on the sidewalk every other time.
The next morning, a neighbor called Ron because Thelma's porch light was still on and her newspaper was in the driveway. This was very unusual for her.
Lindsey immediately ran to her grandmother's home. She had had trouble sleeping the night before worried about Thelma. She had begged to spend the night but her grandmother said no. When she arrived, the garage door was open but both the front door and the door from the garage to the house were locked. So, Lindsey jumped the back fence and discovered the sliding door open and foot steps leading out of the house in the snow.
What she discovered immediately inside the door would haunt her for years. Her grandmother had been brutally killed. With multiple stab wounds, broken ribs, and a broken jaw, Thelma's lifeless body was laying there in front of Lindsey.
She managed to tell her mother to not let her father come back there and the police were called.
No one could even imagine who would want to hurt this elderly, long time resident of Lawrence County.

An Arrest Is Made

Approximately 2 weeks after Thelma Mooney's murder, her grandson and his wife were arrested in connection with it.
Jason Mooney, who is Lindsey's brother, was charged with Aggravated Murder and Aggravated Burglary. While his wife, Lisa Mooney, was charged with Complicity to Aggravated Murder and Complicity to Aggravated Burglary.
Jason began his interview with police maintaining he had nothing to do with the murder. However, after 8 to 10 hours (per Jason's attorney), he admitted to the crime. The district attorney's office states it was only a 2 hour investigation. What is baffling is that only 20 minutes was taped.
Jason has Asperger's Syndrome which is a developmental disorder characterized by significant difficulty with social interactions. While there was testimony regarding this from a defense witness, the judge determined that it could not be presented in trial. However, the judge was going to allow Jason's statements from his interrogation.
However, charges against both Lisa and Jason were dropped. Ultimately, the DNA from the inside of the  glove found at the crime scene did not match Jason. The gloves are believed to have been worn during the crime as Mrs. Mooney's DNA was on the outside of the glove.
Now, investigators are back at square one. With very few leads, Thelma's killer is out there. One of the officers on the scene that day states that this is one of the most violent crime scenes he has been at.  In 2016, the case was reopened. Lindsey has gone on to work with others who have experienced their own tragedy but chose drugs to cope. She really took her family's tragedy and turned it into something to help make a difference.
If you have any information regarding the murder of Thelma Mooney, please contact BCI&I's Major Crimes Investigations Unit at 740-845-2604. 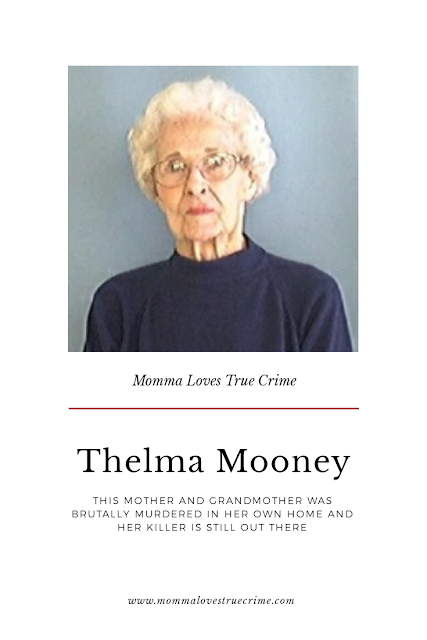