The Disappearance of Tiffany Dixon

On the morning of October 10, 1991, Tiffany Dixon walked her brother to school. She was never seen again. Where is Tiffany Dixon?

According to Tiffany's aunt, Norma Delgado, she was a very responsible 12-year-old. Her mother had placed Tiffany and her brother with their aunt due to health conditions. Their aunt took legal custody of them 3 years after taking them in. At the time she disappeared, Tiffany lived in Bushwick which is part of Brooklyn, New York. 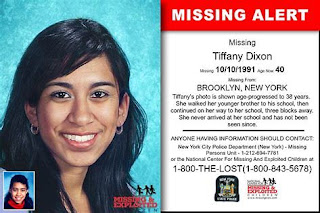 What Happened That Morning

Around 7:30 am, Tiffany Davis, watched her 8-year-old brother walk into his elementary school. This is what she did every morning. After watching him reach the door, she continued on her way. Her Junior High School was about 3-4 blocks away. Around 8 am, she was seen in the area of the school. However, she never made it to class that morning.
Unfortunately, there were not many leads for investigators to follow.
Both her aunt and the police do not think she left on her own. Tiffany was very protective of her brothers. The siblings were also very close. Tragically, both her mother and father passed away within 5 months of her disappearance. 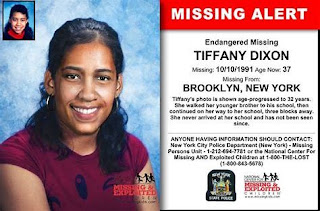 If you have any information regarding the disappearance of Tiffany Dixon, please call the New York Police Department at 646-610-6914. 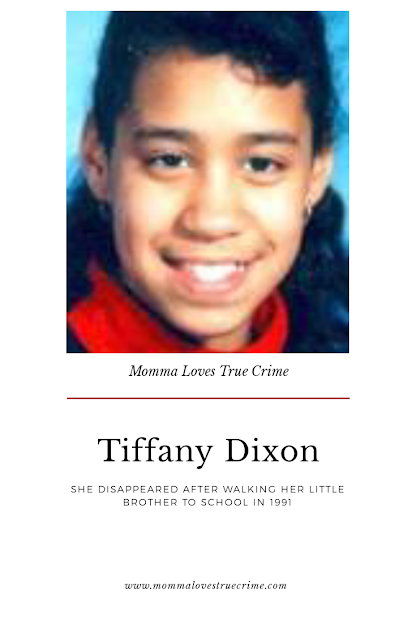