The Death of Ryan Kinnion 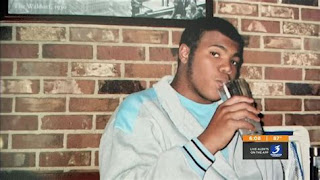 Ryan had gone out with some friends that evening after spending the day at home. He made plans to be home in time to go to church with his mom the next morning.
He went out with friends to New Directions on Westport Road in Louisville. While he had been drinking, there was no way he could have gotten to where he was found his own. The bar is nearly 10 miles from where he was discovered.

After an anonymous tip to authorities, Ryan's mother was notified that he was in the hospital at the University of Louisville. According to Osanna, Ryan's mother, very very few people knew where he lived. After she arrived at the hospital, Ryan was taken for a test. The test was to assess his brain activity.
Unfortunately, the news she received was not good. He had a serious head injury but no one was sure just how it happened. The detective investigating Ryan's death said that he was being told to turn it over to traffic to investigate. However, he did not feel that it was an accident.

The Incident at the Bar

A few days later, a young man came to Osanna and told her of an altercation at the bar they were at. He accidentally grabbed a pack of cigarettes that were someone else's. Both men smoked the same brand and it was an honest mistake. The other gentleman threatened Ryan over this. The video from the bar, shown that Ryan got into this man's car when leaving the bar. Before the vehicle left the parking lot, another man got into the car behind Ryan. 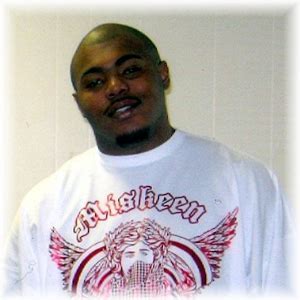 After his death, Ryan's best friend told Osanna about the night at the bar left the area for 6 months after possibly being intimidated by the men from the bar. He changed his story of that night. According to her, she felt that he was trying too hard. Could it have been out of guilt? Osanna states that he will not speak with the police regarding Ryan.
A cousin of Ryan's name keeps coming up in connection. This cousin even changed his appearance a short time after this.
There are so many strange things that happened after Ryan's death. The original detective felt that Ryan had been thrown from a vehicle not hit by one. However, unless someone comes forward this case will remain closed.
As with many cases, someone knows something. Even with a city the size of Louisville, words gets around.
If you know anything in connection to the death of Ryan Kinnion, please call Louisville Metro Police Department at 502-574-5673. 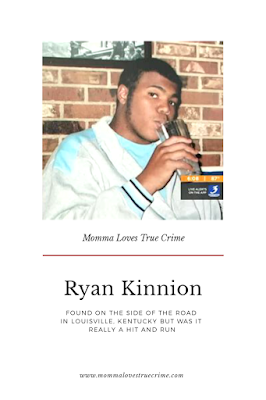