The Disappearane of Crystal Grubb

October 1, 2010, a body is discovered in a cornfield just north of Bloomington, Indiana. It is the body of a young mother, Crystal Grubb, laid among the rows of corn stalks.

I came across this case while researching the very publicized case of Lauren Spierer. I had never heard about Crystal despite being somewhat local to Bloomington. So, I switched gears (not that Lauren's case isn't as important) because cases like this are often overshadowed by larger cases. Many feel that Crystal's case was given less publicity because of her socioeconomic situation. In fact, if you google this case you will get results for articles on Lauren. 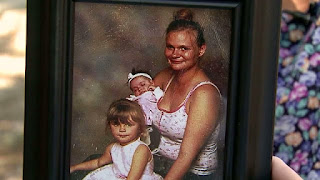 Who is Crystal Grubb?

Crystal was born on August 22, 1981, to a working-class family in Bloomington, Indiana. She was a high school dropout who had a history with drugs. At a young age, she met an older man and had 2 daughters. Her life was not an easy one.

In the last few years of her life, Crystal got deeper into drugs including meth. Anyone in the Indiana area can tell you that meth is a very persistent problem. Unfortunately, the person who she was before meth had all but disappeared. Her family was dealing with her addiction and all that came with it. Crystal was seeing her girls less and less.

Promises were made and not kept. She was on a downward spiral.

While her family has many wonderful memories of the woman she was before meth, it is this addiction that many feels caused her case to not get the attention afforded to many other missing and murdered persons.

However, this doesn't mean that her life is any less important than others. Yet if you go by the news coverage the case received that seems to state otherwise. 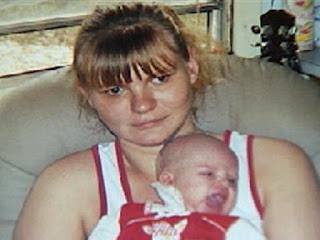 Crystal was last seen on September 18, 2010. It has been reported that she was with her boyfriend, Adrian Henley, and two friends making meth by a creek. Alvin Fry, John Sergent, and Henley told investigators that while they were cooking meth Crystal became upset and left. The area they were in was wooded and secluded.

After 2 days of not being heard from her mother, Janice filed a missing person report. While Crystal's lifestyle was on the fringes, she had just dropped off laundry at her mom's house and was expected back.

When she didn't show up, her family became worried. Crystal's body was found 13 days after she was last seen. She was strangled and left in a Monroe County cornfield. The three men were questioned within short order. Each of their stories about that day changed.

While the three men are considered persons of interest, no charges in Crystal's murder have been filed. 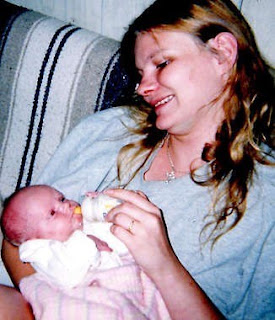 9 years later and no resolution for the family.

If you have any details regarding the murder of Crystal Grubb, please call the Bloomington Police Department at 812-339-4477. 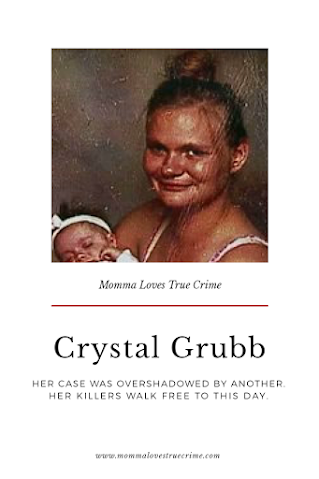