The Murder of Tabitha Raines 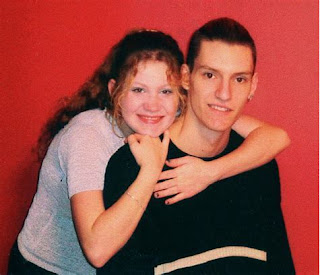 At the time of her murder, Tabitha was married with a 6 month old son. Her husband was perusing a degree in mechanics and business. He was in Indianapolis taking a test he missed when family urged him to come home. They also told him he needed to file a missing persons report.
Her family and friends began searching immediately. They knew something wasn't right. They looked all over. Even in the park where she was ultimately found.
3 days after she was last seen, 2 kids went fishing at Cicero Creek. That is when the discovered the body of Tabitha floating in the creek. She had been shot in the head.
Police were able to collect some evidence that was sent off for testing. When toxicology came back, she had alcohol and cocaine in her system. In the meantime, they focused on Michael Raines as their suspect.

In the spring of 2003, a teenage boy, Andrew Bush, came forward with information regarding Tabitha's case. A detective from the Indiana State Police travelled to Illinois to speak with the kid. 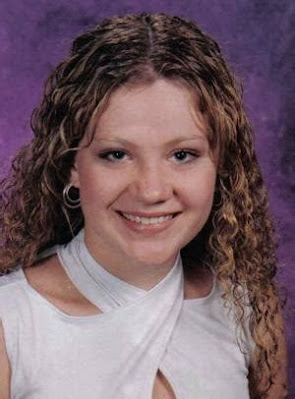 On the night of October 2nd, he said he was at the pavilion in Tipton Park. It was there that he met Tabitha who seemed "antsy". He was in the park alone that night and was living in Tiptom at the time. He alleges that a car pulled up driven by Elizabeth Balser and Kyle Neff was a passenger. They parked the car near the pavilion and walked toward the creek.
Kyle Neff was the boyfriend of one of Tabitha's friend, Amanda Pratt. Earlier that day she went with Amanada to visit her very ill grandmother at the hospital. Andrew said that he and Tabitha shared some vodka and talked for about 10 minutes.
Then, he saw Balser and Neff by a foot bridge. At this time, Jonathan Yates, another local was with them. Balser called out to Tabitha. Both Andrew and Tabitha walked over to the trio. It was there that Balset accused her of stealing cocaine. When Tabitha denied it, Balser pistol whipped her. She then threatened Bush to keep quiet.
Bush alleges that Tabitha was in the middle of getting back up when Balser shot her in the head. His story gave details that only authorities knew at that point. However, he also admitted to not only drinking but to the fact he did a large amount of drugs that night. So was he telling the truth?

The same night Andrew Bush gave his statement. Balser, Yates and Neff were arrested. Eventually Neff accepted a plea deal for a lesser charge if he pled guilty. He also had to testify against the other two charged. Neff admitted that he arranged the meeting between Balser and Tabitha for some cocaine. He also told police that he provided the gun used in the murder. Balser, according to Neff, wanted to beat Tabitha up over the stolen drugs. In 2004, Neff was sentenced to 8 years although he was released after successful appeals. He was released in 2006.
In mid July 2004, all charges again Yates were dropped. Prosecutor Jay Rich stated that he did not feel that he would get a conviction.
Balser went to trial in June of 2004 with a change of venue. Ultimately, she was found not guilty on all accounts by the jury.

Tabitha's mother, Buffy Parish has said that she doesn't believe that Elizabeth Balser pulled the trigger. Balser has always maintained her innocence but she has also never told all she knows.
The police have declined requests to release the records on this case. So we can only assume in some respect that it is sti active but very cold.
If you have any information regarding the murder of Tabitha Raines, call the Tipton Police Department at 765-675-2111. 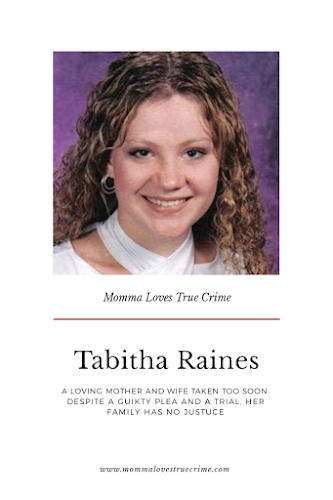