- February 18, 2020
August 26, 1995, should have been just another day at Newburgh Beach in Henderson County, Kentucky for Heather Danyelle Teague. Unfortunately, this is the last place she was seen. Almost 25 years later and not one trace since her bikini was found in the woods behind the beach. What happened to Heather?

What Happened to Heather?

While Heather was relaxing and getting some sun on Newburgh Beach, a man came up behind her and drug her into the woods. At least that's what an eye witness says happened. I know what you are thinking... there was an eye witness to this?!?
Yes, there was despite being in the middle of nowhere. A man was looking at Heather through a telescope from across the Ohio River. Pervy, right?
According to the eye witness, a white man approximately 6 feet tall with brown hair and a bushy beard came up behind Heather and dragged her into the woods. He also claimed that the attacker had on a mosquito net and wig. This all happened just before 1 pm that afternoon. After reporting the incident to authorities, the beach was searched. All that was found was Heather's bikini.
According to Heather's mother in an interview with the Southern Gone podcast, a local police officer was also on the beach around this time. It has been rumored, but not confirmed, that Heather may have been an informant as she was involved in drugs at the time.

Very quickly, due to some surveillance video from a local farmer, cops closed in on Marvin Dill. He was a local pig farmer who's truck was reported to be parked next go Heather's car at the beach. During a traffic stop, police found guns, rope, knives, rubber gloves, duct tape, and a hair close to Heather's. There was also blood in the tailgate area of the truck. The composite sketch the witness helped create also looked exactly like Dill. In fact, it looked exactly like his license photo. Prior to all of this, Dill had shaved his head and beard. However, numerous tips led police to go to his home to question him. It was at this time that Marvin Dill shot himself supposedly. The angle of the wound is questionable and he was not alone in the home.
Christopher J Below is another possible suspect. He pled guilty to attempted involuntary manslaughter in another case but is suspected of the disappearance and/or murders of several women. He is also a native of Henderson County. There have also been theories that the two may have worked together. 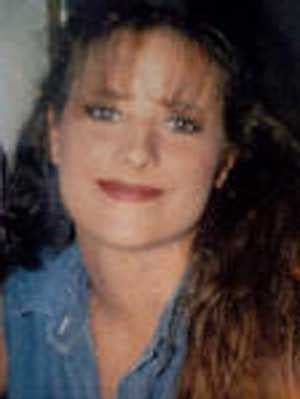 Now, this part contains a lot of personal opinions which I usually leave out but here we go. I want to know why Kentucky State Police never investigated the eye witness. How long after he sees this and makes the 911 call is also questionable. He waited 45 minutes to call 911.
45 minutes.
He drove his boat across the river to meet the police once they were on scene. He was also very present during the investigation.
Heather's mom, Sarah, has reported that many times she was called to the police station he would also be there. It just seems super fishy that he was way more involved than any witness usually is. I feel like there was a lot of investigating that just didn't happen in this case.

To this day, Heather Danyelle Teague has not been seen. Many assume that she met with foul play but no body has been discovered either.
Sarah has never given up hope that her daughter would be found.
In 2018, a judge awarded Sarah $24,000 from the Kentucky State Police for withholding the 911 calls from the day Sarah went missing. These calls we're requested and denied in 2016... over 20 years since Heather was abducted. KSP was accused by both Sarah and her attorney in discrepancies in the 911 call they listen to in 2008 and another call in 2016. Both featured the voice of the eyewitness.

Is there a possible cover-up? It is totally a possibility but, sadly, we may never know the truth.
If you have any information in the abduction of Heather Teague, Sarah Teague requests that you reach out to her personally as she doesn't trust the Kentucky State Police. Sarah can be reached at 270-836-7643 or 270-245-2444. Her email is Sarah.teague5@gmail.com. She has vowed to keep all information including identity confidential. She just wants to know where Heather is. 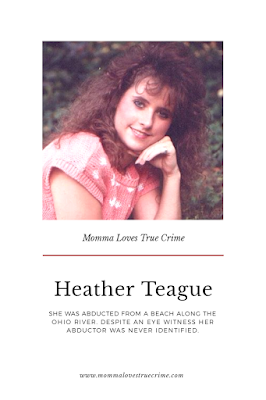