The Murder of Susan Poupart 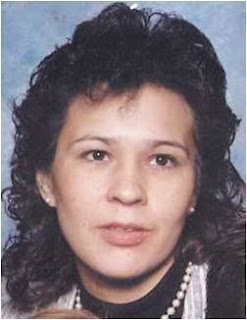 
Susan Poupart was a 29 year old mother of two children who was from Lac du Flambeau, Wisconsin. Susan was a beautiful Native American woman.
Anyone who knows about true crime can attest to the fact that many missing and murdered indigenous women occur all over North America. These cases often go unsolved due to so many different agencies involved then they all say it's not their case. Frustrating, right?

The Last Time She was Seen


May 20, 1990 was the last time Susan Pouport was seen in the very early hours of the morning. She was at a party in Lac du Flambeau. There have been conflicting reports about if she willingly  or unwillingly left with two men from the party.

Either way, she met with foul play after this time. 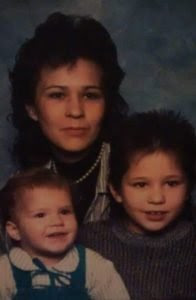 Her partial remains were discovered by hunters in the Chequamegon-Nicolet National Forest. Along with the remains duct tape and plastic were found. Not too far away were Susan's purse and identification. Police believe that she was sexually assaulted and that her killer/s tried to hide any evidence.


The two men who Susan was last seen with have denied anything to do with her disappearance. They state that they were supposed to drive her to her home but instead dropped her off at a local elementary school.

Over the years, people have come forward with information and then recanted. It seems that people who know may be afraid of those responsible.Over the years, Joe Cobb, Robert Elm, and Francis "Fritz" Schuman were all questioned in regards to the case. The three men are allegedly linked to the murder.

However, all three men have been less than cooperative with authorities.In, 2014 evidence was sent to the lab in the hope that DNA would be found.

Unfortunately that was not the case.


November 22, 2019 will mark 29 years since the remains of Susan Poupart were found. Her two children (and family) have not received any answers despite the fact that authorities know someone knows something.

A billboard stands along a highway in the hope that someone will see it and com forward with information. 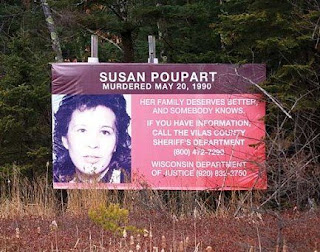 If you have any information in the murder of Susan Poupart, please contact the Wisconsin Department of Justice at 608-266-1671 or the Vilas County Sheriff's Office at 800-472-7290. 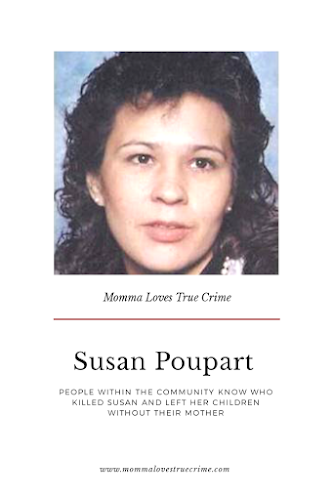