- January 07, 2020
On August 13, 2019, Andrea Knabel disappeared from a street in Louisville, Kentucky. She is a mother who had run into some hard times. Where is Andrea Knabel?

Andrea is a 37-year-old single mother of two kids. She was active with a group that helps locate missing persons.
At the time of her disappearance, she had experienced a run of bad luck. She lost her job. Then her car was totaled in an accident. She has two sons but was separated from their fathers.
The night she disappeared, the boys were with their respective fathers. Family and friends say that she is a devoted and loving mother. Andrea is described as a sweet, caring woman. She has dirty blonde hair, is around 5'7 and approximately 190lbs.

The following timeline was provided by the private investigator, Tracy Leonard on a Facebook live video for the page dedicated to finding Andrea.

Prior to 11:22 pm Andrea was at a McDonalds on Popular Level Road with her sister's boyfriend, Ethan and one of her nephews. After they were finished there, the couple drove Andrea to a medical center on Dutchman's Lane. Andrea was been seen for "injuries to her face" from a possible "infection". 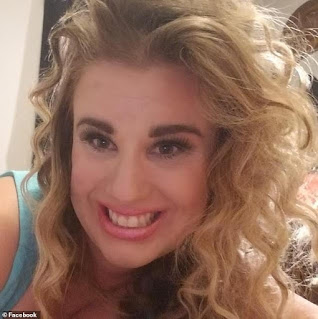 11:22pm Andrea took a Lyft to her mother's house where she, her sister, and her sister's boyfriend had been living while the house was undergoing renovations. She arrived at the home in Chickadee Lane around 11:34 pm.

Just after midnight, she left the home on Chickadee Road to walk a mile to her other sister's home. This sister lived in the 4000 block of Fincastle Road.
According to the private investigator, she was very upset when she left her sister's home that night. Although, he would not disclose what happened to make her so upset. Andrea arrived back at her mother's house on Chickadee Road around 1:50 am.
However, her sister and her boyfriend had locked her out of the home due to an earlier disagreement.
Police have confirmed that her phone was active around 6:30 am that morning in the vicinity of her mother's home. She was reported to have been wearing a white tank top not a wedding tank top as the media reports. 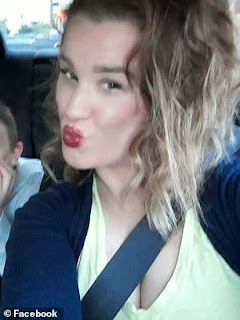 I am not able to find much about what happened during the investigation. Louisville Metro Police Department has many missing person cases they are working on. I believe that this is one of the biggest reasons that a private investigator was brought in.
Although Ethan, her sister Sarah's boyfriend, has stated publicly that he was questioned and cleared by LMPD.

In September 2019, police received a tip that Andrea had been seen in Iriquois Park. However, police were never able to confirm that.
The following month, October 2019, there was one sighting that she was seen in Clarksville, Indiana. Another 2 tips of sightings put her near a soup kitchen in Jeffersonville, Indiana. Both of those towns are directly across the Ohio River from Louisville. Nothing concrete came from those sightings either.

As of writing this, no further trace of Andrea Knabel has been found.
Her family doesn't believe that she would have just up and left her boys. Even if she did, she would have contacted then at minimum. 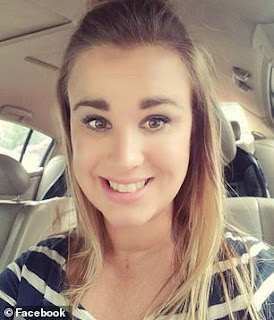 As for suspects, no one has been named publicly. Although, LMPD has cleared both of her boys' fathers.
As of January 2020, the case is still considered open and active. She has been missing for 5 months. Andrea's father is planning a vigil in her name sometime soon.
The family is holding onto the hope that she is still alive. However, they are also in contact with police departments across the country when a body is found.
If you have any information in the disappearance of Andrea Knabel, please call Louisville Metro Police Department at 502-574-5673 or Private Investigator Tracy Leonard at 502-618-9337 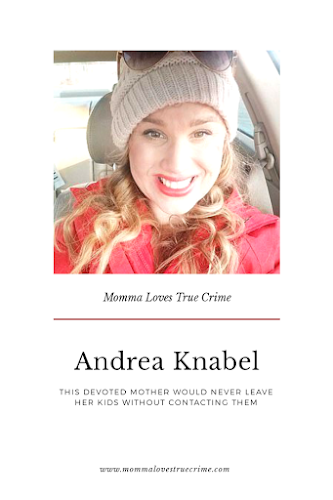